Wayne Branum started making pottery in the late 1960's, while attending the University of Minnesota. He studied with Curtis Hoard and Warren MacKenzie and received a BFA. He attended Rhode Island School of Design on a fellowship for one year returning to MN in 1972 to start a pottery in rural central MN. Early American and Asian pottery primarily influenced his work at this time. Most of the work was high-fired salt glazed stoneware and some Raku, which was a carry over from graduate work in Rhode Island. He also worked in a local public school system as an “Artist in Schools”, which was a NEA program across the U.S. during a previously more enlightened time in America. While the kilns and the firing methods varied over time, elemental aspects of the pots remain to this day. A strong sense of form has always been an important fundamental component to Wayne’s work. The forms have evolved from the earlier Asian pottery forms to gradually include more architectural references and the gradual addition of pattern on surfaces. The architectural forms evolved to more figurative sculptures. Today the work ranges from the more utilitarian pottery forms to the sculptural figures and most of the work employs patterned surfaces with a more colorful palette. 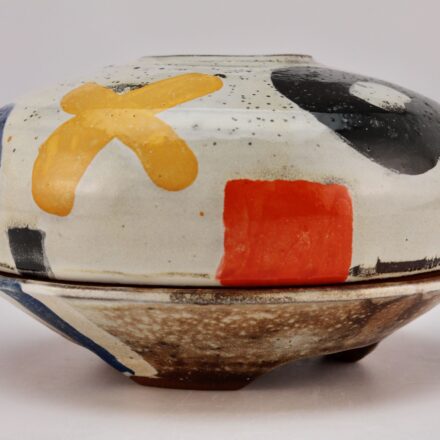 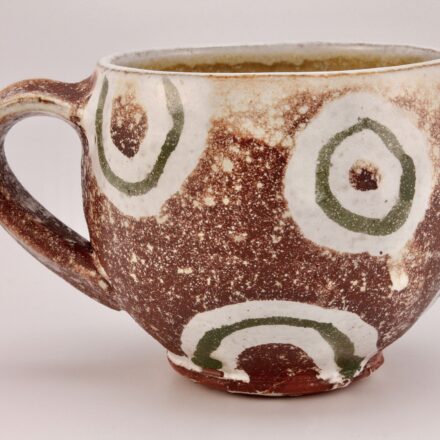 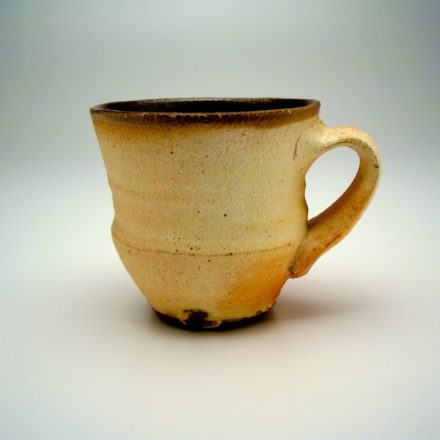 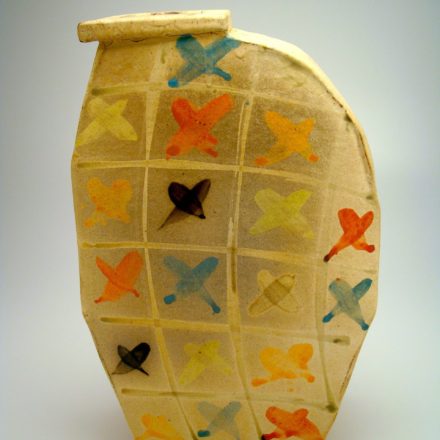 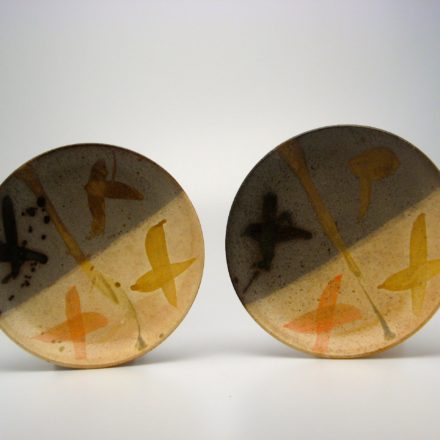