Tommy Frank was born and raised in Florida. He spent a lot of his younger years in the woods, camping and backpacking around central Florida. He was awarded the Eagle Scout Award when he was 16. Since then he has always enjoyed traveling and the outdoors. He attended Asbury University, a small liberal arts college southwest of Lexington, KY. After graduating he moved back to Tampa to be a studio assistant for local potters Kim Wellman and Harry Welsch. He then became the first Artist-in-Residence (AIR) of the St. Petersburg Clay Company (now the Morean Center for Clay) in 2002. Here he was able to experiment in atmospheric firings and gained exponential growth in both technical and aesthetic decisions. Following the end of his residency, he was awarded a summer resident position at the Archie Bray Foundation in Helena, MT. The short summer residency deeply impacted his life, challenging his views of manhood and growing up. After coming back from Montana he took another residency position at the Odyssey Center for the Ceramic Arts in Asheville, NC. Asheville would prove to be fertile ground for inspiration and contemplation on his thesis. However, he decided to enter a more academic setting by enrolling in the ceramics post-baccalaureate program at the University of Florida. 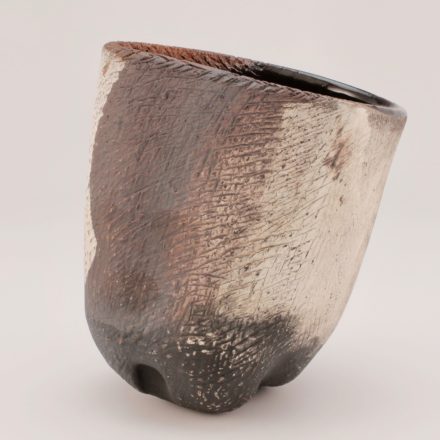