Sandy Simon’s work is characterized by minimal forms and clean simple glazing on porcelain. The addition of wire handles or other alterations, including cutting, piercing, and relief are used to enhance the minimal forms. Simon embraced the tenets of what is now known as the Mingei-Sota school, an aesthetic and philosophy of making pottery that grew out of the Japanese Mingei tradition as practiced by Warren MacKenzie and later adapted by many of the studio potters of Minnesota. Mingei embraces simplicity, utility and timeless beauty of folk-art handcrafted pottery. Simon studied with Curtis Hoard and Warren MacKenzie at the University of Minnesota in the late 1960s. In 1995 Simon opened TRAX Gallery in Berkeley, California to provide greater representation for potters making functional work. 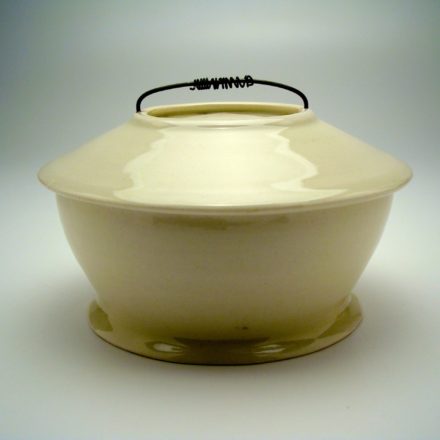 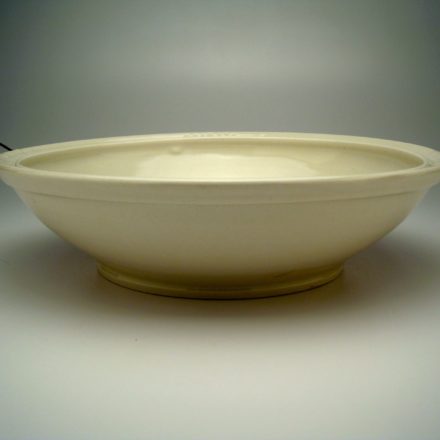 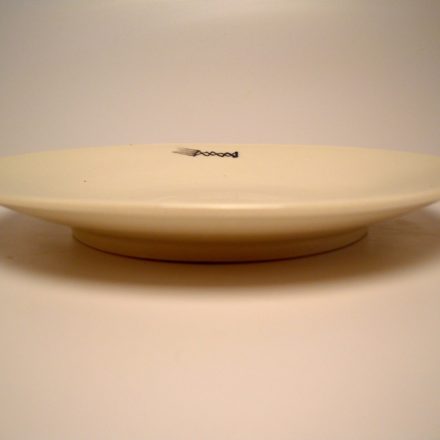 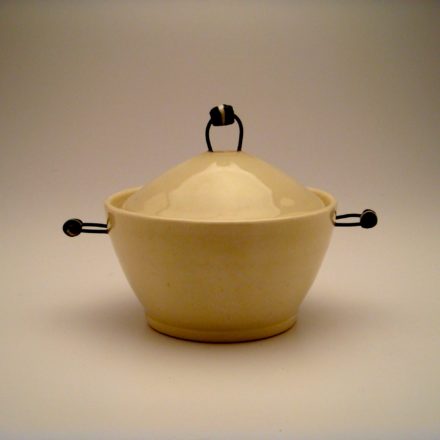 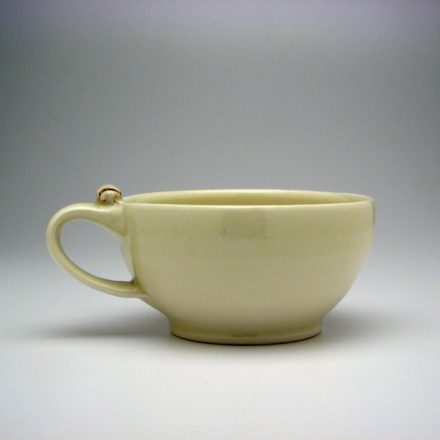