Sam Hoffman was introduced to pottery in 1996 while studying math, art, and french at Carleton College. After a two year apprenticeship in high fired porcelain with Doug Hively, he pursued an MFA at Kent State University with Kirk Mangus and Eva Kwong. During graduate study, Sam was invited to be a visiting artist at the 2002 International Wood Firing Festival in Aomori, Japan. Sam moved back to Oregon in 2003 and began teaching ceramics at Linn Benton Community College. He was invited by Hiroshi Ogawa to become a permanent member of the Hikarigama wood kiln firing crew. A residency at Kanayama pottery in Goshogawara, Japan solidified his passion for wood firing and dedication to the philosophy of pottery-making as meditation. In 2009, the Hoffman family (Sam, Tess, Max, and Fiona) began the process of building a pottery studio at their home in Corvallis, Oregon. Sam is an active member of the Oregon Potters Association and was awarded the honor of being a 2010 Ceramics Monthly "Emerging Artist". In 2013 Sam began the process of collecting and refurbishing used firebrick and is currently building a small anagama-style wood kiln. 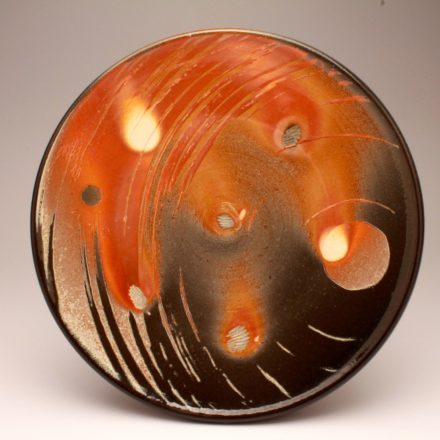