Robin Hopper passed away in 2017. He was an internationally known potter, teacher, author, garden designer and arts activist. He taught throughout Canada, and in England, U.S.A., Australia, New Zealand, China, Korea, Japan and Israel. His ceramic work is in public, corporate and private collections throughout the world. Robin was born in England in 1939, and trained there at Croydon College of Art (1956-1961). He developed studios in both England and Canada, where he immigrated in 1968. After two years teaching in Toronto at Central Technical School, he set up and headed the Ceramics and Glass Department at Georgian College, Barrie, Ontario. In 1972 he resigned from teaching to devote full energies to his work in ceramics. 1977 included relocation to Victoria, B.C., Canada, and becoming the first recipient of the Bronfman Award, Canada’s most prestigious annual award in the crafts. Just before his passing he received the Order of Canada, a wonderful recognition of all that he had done for the arts. He was an honourary member of NCECA. 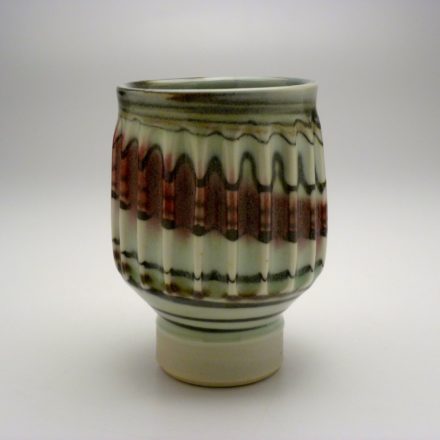