Rimas VisGirda is a Lithuanian-born American ceramic artist and teacher. He was awarded a BA in physics in 1966 and an MA in art in 1971, both from California State University, Sacramento. He also earned an MFA from Washington State University in 1973. He has taugh at various institutions in the USA, including at Illinois Weseley University from 1987–97. VisGirda’s work is wheel-thrown and hand-built, with a characteristic surface decoration in engobes, decals and overglazes depicting socio-critical caricature. VisGirda cites as his influences US California underground cartoonists such as Robert Crumb and S. Clay Wilson and the British Punk movement. His wife Billie Jean Theide is also an artist, working in metal and clay. My work is influenced by the culture I live in, the machine age, the urban environment, the media, and fad and fashion. One of my fundamental beliefs is that experience affects everything one does; sometimes immediately and sometimes not until years later. In 1981 visited the Soviet Union as a guest of the USSR Union of Artists and have been to a number of symposia in Eastern Europe during the ensuing years. I find that humanity and the human condition have also entered my work as a result of those experiences. In the past I acted as an observer; now I feel more like a participant. 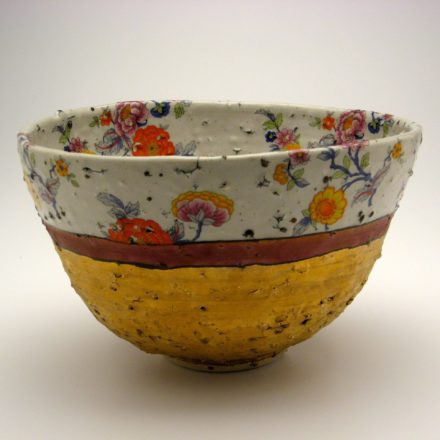