Born in Japan, Noriko has spent most of her life in Alberta, Canada. Her simple aesthetics are informed by her Japanese-Canadian upbringing. She aims to create aesthetically clean, unobtrusive objects that blend perfectly into their function and can be used without thinking. This is not to say that she doesn't have a sense of humour when it comes to her work. She likes to break up the simplicity with quirky pieces that she hopes can bring a smile to the user. Her path to ceramics has had a few detours. She earned a BA in Classics (Latin and Ancient Greek) from the University of Calgary and had a career as a Registered Dental Technologist for nearly ten years until she chose to make a career change and travel to Stoke-on-Trent to study ceramic design at Staffordshire University, from which she received an MA in March 2013. While in the heart of the UK pottery industry, she started to take a greater interest in the harmonising and combining of craft and industrial ceramics. She is now back in Canada as Residency Coordinator at Medalta International Artists In Residence in Medicine Hat, Alberta, where she also has a studio. 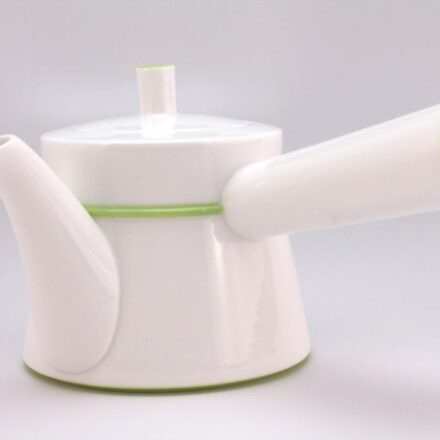