Mary Wondrausch OBE (17 December 1923 – 26 December 2016) was an English artist, potter, historian and writer, born in Chelsea. She trained as a potter at Farnham School of Art, latterly West Surrey College of Art and Design. She was an honorary fellow of the Craft Potters Association and has work in the V&A Museum collection. She was awarded the OBE for services to the Arts in 2000. Her primary interest is continental peasant art. Originally training as a watercolor artist, she later became interested in ceramics and opened her own pottery workshop in 1974. Inspired by 17th-century English slipware and Eastern European designs, such influences have informed her own work. She is known for lettering and exuberant use of color. 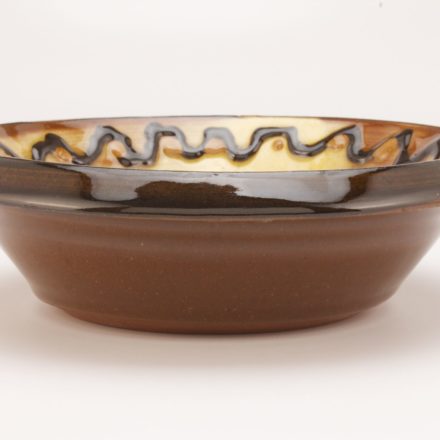