My artwork is a reflection of how I interpret my physical and cultural surroundings through the medium of clay. Foremost in this search is a personal need to express ideas through the creation of objects which have been created by my own hands. Through the transfiguration of the seemingly known object, I challenge viewers' perceptions of what they are familiar with by creating a new reality. This interaction, and my desire to create unique objects, ultimately led to a conceptual approach to what I make out of clay. People have been making objects out of clay for thousands of years, and it is within this great tradition that I create objects, knowing they are somehow part of an evolution. Paradoxically, I will have created a series of objects that have never been seen or created before in ceramic history. It is this profound idea that causes me to conscientiously view my sculptures as a part of history, while also striving to create work that is inherently about the present world and my own place within it. My process of creation is driven by an obsession to communicate through visual objects; an obsession that derives from early childhood experiences, and later by my travels and intellectual interests. This obsession to create has inspired me to transform objects from the everyday world into a world of my own "creation" that speaks of ideas on visual beauty as a concept, function versus non-function, desire, playfulness, the abstracted human form, and sublime mystery. This transformation of the known world results in quasi-organic sculptures that also relate to my background growing up in the industrial northeast, and having spent time on boats and renovating houses, to name a few sources. Physically, the objects often reference buoys, bobbers, boat fenders, toys, and industrial implements. These "sublime" objects, with their utilitarian implied aesthetic, are transformed into playful industrial/ organic objects with a surreal hybrid edge. Within this realm, a subtle reference to the human figure has crept into the work, adding a sensual anthropomorphic dimension to the sculptures. Ultimately I can rationalize much of what I create, but there will always be an element to the work which is difficult to explain or categorize. One of my teachers called this realm "tolerance of the unknown". In the creation of these objects, it is my hope that I will come up with a sculpture that will intrigue the viewer in some unique way and enable them to walk away with a sense of intellectual curiosity and awe. 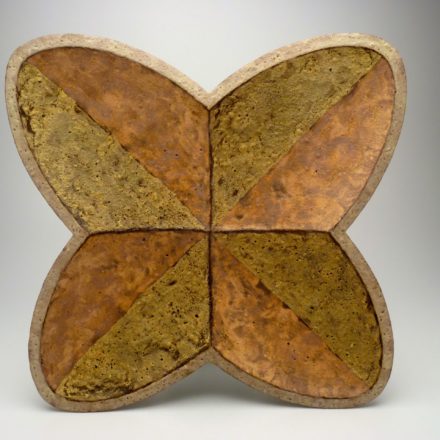