Raised in Dallas-Fort Worth TX, Voltz received her BFA in Ceramics and BA in Interdisciplinary Art and Design Studies from the University of North Texas in 2011. Voltz then moved to Wichita KS to attend Wichita State University, where she earned her MFA in Ceramics. There she was fortunate to experience and study contemporary art in Japan, Australia, Cuba, Mexico and New Zealand. After graduating in 2014, Voltz moved with her husband to Shawano, Wisconsin where she started a small studio practice. Moving from the Midwest to Red Lodge, Montana in 2015, Voltz became one of the Red Lodge Clay Center’s 2015-2017 Long Term Resident Artists and was named one of Ceramics Monthly’s Emerging Artists of 2015. In 2017 Voltz was invited to be a participating artist in the 2017 Curitiba Biennale in Curitiba, Brazil. Shortly after, she moved to Cedar Rapids, IA to be a Resident Artist at the Iowa Ceramics Center and Glass Studio. In 2017, Voltz completed a two-month teaching residency at Yizhou School and Studio Nong in Nanning, Guangxi, China. Voltz has since remained in Cedar Rapids where she is happily continuing to work as an artist and educator. 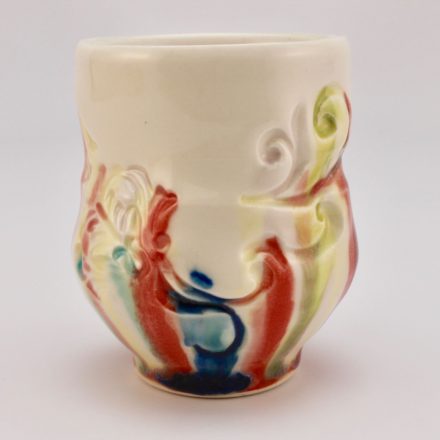