The artist's early work in oil, lithography and mixed media created a world of great depth, with a myriad of texture and rhythmic line that celebrates life, the perfect architecture of nature, and form that follows function. Her ceramic art extends the concept of color, line, and texture from the two dimensional world into the reality of three dimensional space. Continuing the exploration of color, depth, texture, and intricate pattern, her ceramics also encompasses a sensual aspect that not only regales the eye but invites the touch. Inspiration by nature to the study of physical forces brings the artist full circle. The expression of beauty in form and function continues only with the understanding and harnessing of these natural forces and the organic markings which are the gift of the fire. The record of the lick of the flame depends on the pot, the clay, the kiln, the placement in the kiln, the fuel, the temperature, the firing schedule, the weather, the cooling and other variables inherent in the firing process. Joyce Michaud's work addresses the interplay of form and finish contrasting the extremes of strength and fragility, matt and gloss, smooth and textured, graceful gesture and harsh reality that reference the delicate balance which is the essence of life itself. Each piece, each firing has its own voice, tells its own story. 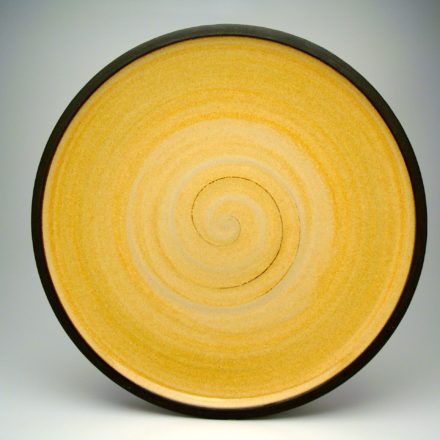