I first became interested in pottery when I was in my early twenties living and working in Japan. My eyes opened to the world of the handmade object and I began by starting a modest pottery collection. It was several years later, at a small community studio in New York City, when I took my first pottery class. As luck would have it, my first teacher, Louise Harter, was building a wood kiln for the studio in upstate NY and I became a part of her building crew. I was definitely hooked, and quickly started plotting how I could make pots full time and leave my day job. I loved wood fired pots from the beginning, but I was equally attracted to what I saw as the wood firing potter’s lifestyle. Beautiful kilns and studios out in the country, the balance of indoor and outdoor work, the crackling of the fire, the camaraderie around the kiln – I wanted it all. I began looking for an apprenticeship situation and received a very lucky break when Jeff Shapiro agreed to introduce me to a teacher in Japan. I remember well one November evening in 1993 when Jeff called and said that Bizen master Isezaki Jun was willing to take me into his studio as an apprentice. 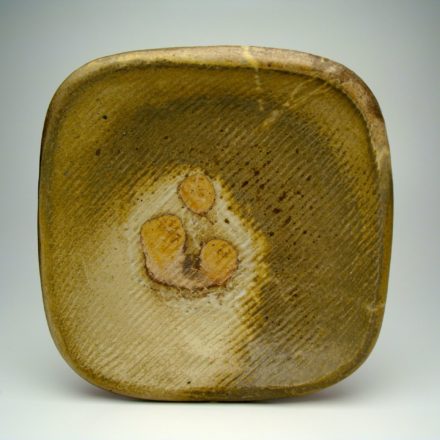