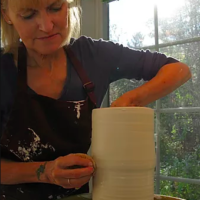 JoAnn Axford lives and maintains her studio in Glenmont, New York. She received her bachelor degree at the University of Bridgeport, Conn. and her masters from The College of Saint Rose. Her interest in botanical imagery led her to post-graduate study in Botanical Illustration at The New York Botanical Garden. It was during her studies in the Skidmore College studio that she developed her unique technique for carving bas-relief porcelain pottery. She looks to Sung dynasty Chinese porcelains and American Arts and Crafts period artist Adelaide Robineau for her carving inspiration. Unlike these influences, she does not glaze her porcelain vessels, choosing rather to retain the sculptural quality of un-glazed porcelain enhanced by hand polishing. JoAnn finds inspiration in balancing her studio practice with teaching. She has taught in public schools, art centers, and colleges, most recently at Sage College in Albany, NY. JoAnn’s work has been included in invitational and juried exhibits throughout the United States, including the prestigious “Strictly Functional Pottery National”, Potter’s Council exhibit at the National Council on Education for The Ceramic Arts conference, and locally “The Artists of the Mohawk Hudson Region”.  Her work has appeared in Ceramics Monthly and Clay Times magazines, Surface Design for Ceramics  by Maureen Mills, Lark Books, 500 Raku, Lark Books, and she was recognized as an Emerging Artist by Ceramics Monthly Magazine Online Showcase in 2006. 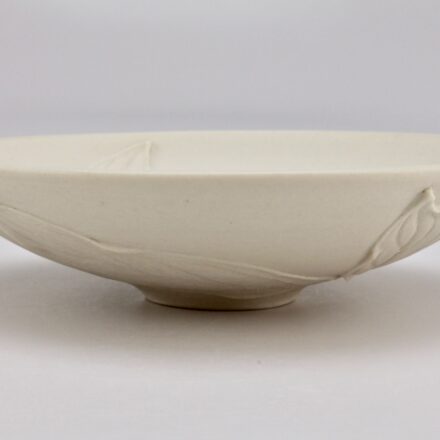 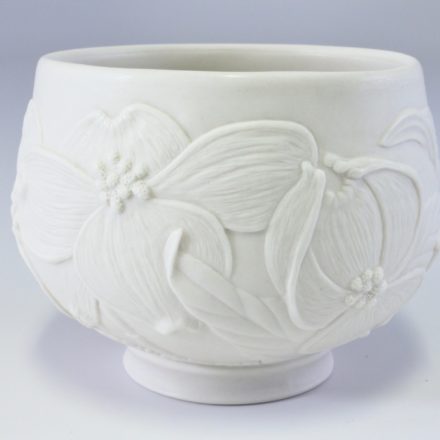