My career as a maker began as a seven year old when I made my first Airfix kit whilst recovering from chicken pox. Over time I graduated to become a committed maker of high performance model gliders, drawn by their intricate, lightweight construction and serene patterns of flight. With this seeming to point to a career in aviation I went to Manchester University to study Aeronautical Engineering but soon realised that life in industry was not what I was after. After graduating I took a year off to travel in southern Asia, returning to train as a social worker and embark on what became a 20 year career as practitioner, manager and finally university lecturer. It was during this time that I started making pots, going to evening classes to unwind after work and to re-discover the absorbing pleasure and satisfaction of making. Evening classes lead to short courses and holiday courses and eventually, having discovered during this time the enjoyment of throwing and the magic of saltglazing, to acceptance onto the Workshop Ceramics degree course at the University of Westminster (Harrow). Three years at Harrow helped me develop a capacity to conceptualise and reflect on what I was doing as well as an understanding of how to translate an idea into an object. The course was structured to equip us with the skills for designing and making not only our work but also the kilns to fire it in. I discovered the architecture of Santiago Calatrava and Frank Gehry amongst others and I began using the wheel as a tool for making thrown shapes for manipulation and assembly into the architecturally influenced pieces that eventually formed the basis of my degree show. In ceramics I had at last found the professional stimulation that 25 years earlier I had hoped a career in the aircraft industry would provide me with. I graduated with a first in 1997 and the following year set up my present workshop in a converted former farm building in Broxbourne, Hertfordshire. 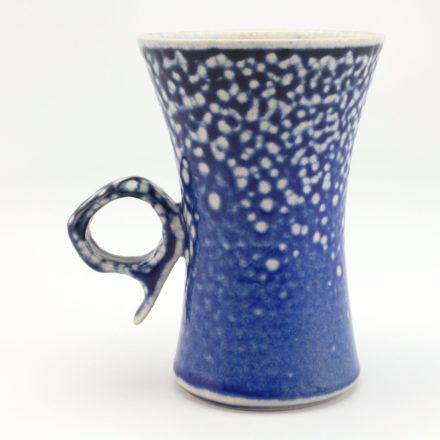