Ian Childers spent his youth in Philadelphia PA mired in punk rock, hip hop, and the rave culture of the 1990s. He apprenticed as a tattoo artist immediately out of high school, and spend his evenings writing graffiti, riding BMX bikes, going to shows, and causing general mayhem. In the late 1990s Ian decided to leave the northeast in search of a new perspective… the exact opposite of the northeast. He found himself as an art student at a small liberal arts college in North GA, where he was introduced to ceramics as a requirement for graduation. After his first ceramics class he was completely hooked. “Life in GA was uncomfortably slow for me, sitting at a potter’s wheel was the first thing I found in the south that helped calm my angst and direct my energy towards something creative”. Shortly after deciding to become a ceramics major, Ian found crystalline glazes. The challenge these glazes put forward created a lifelong passion for Ian. In 2005, Ian was accepted to the University of Massachusetts in Amherst as a graduate student in ceramics. He spent the next three years focused on research and development of his crystalline glazes. Since that time Ian has shown his work and conducted workshops extensively both internationally and nationally. In 2013 he was invited to attend a symposium in La Bisbal, Spain to show his work and give a lecture about his techniques in crystalline glazing to the international community. Most recently, Ian’s work and technique have been featured in the July/August 2016 issue of Pottery Making Illustrated. Ian is currently a Professor of Ceramics at Mississippi University for Women in Columbus, MS. 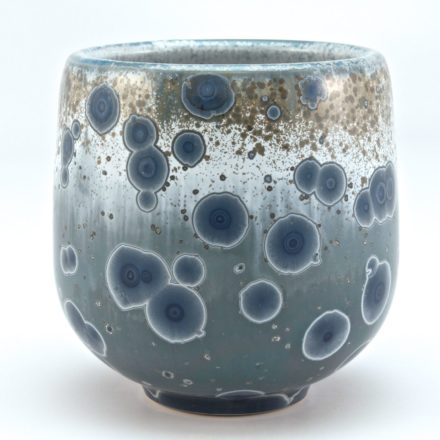