Harlan House is a potter who loves playing with fire – he’s been at it for over forty years. His work is classic…porcelain fired with glazes that last forever because they are inspired by very old traditions. Harlan’s works of art can be found in museum and art gallery collections throughout the world. He has received numerous awards; among them, The Saidye Bronfman Award for excellence in Canadian craft in 1989 (now part of the Governor General’s Awards in Visual and Media Arts) and the Chalmers Award in 1997. He has lectured extensively about traditions in ceramics and has had over fifty one-man exhibitions of his porcelain. Made by hand, in the oldest of ways, each piece is unique. It is porcelain clay with feldspathic glazes fired beyond 1325 C° in a traditional kiln. 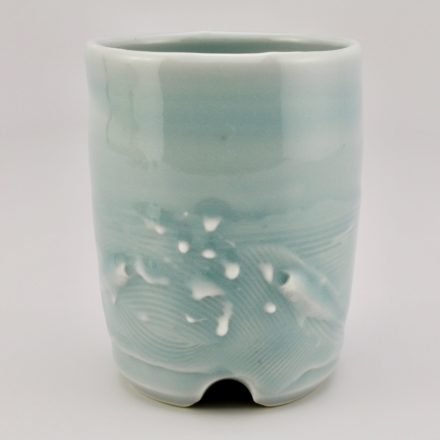