I fell in love with clay in college in the ’70s, every waking moment consumed by the potter’s wheel and the unpretentious beauty of old pots. I discovered A Potter’s Book by Bernard Leach, a champion of pottery traditions of East and West. I wanted to be a part of the historical sweep of traditional pottery. Ten years later in Venezuela I began potting full time. Warren MacKenzie was invited by a local potters group to come and teach. MacKenzie had apprenticed with Leach in the 50’s and, beyond becoming a friend, he shared his studio with me and his appreciation of historical pots. From discussion, from living with his collection of great pottery, his library and MacKenzie’s own work I avidly soaked up the spirit of the old pots I admired so much. I do not consciously design my pots with drawings or plans. I set out to make teapots, for example, and the making process generates ideas, each piece responding to the one before. Subtle variations on simple forms often result in dramatic changes in the character and personality of a pot. Small details, accidents, a dent, texture, an accent, a curve of belly, a kink in a handle may all have surprising results. Even when making sets, each piece, like children, will have its own character. 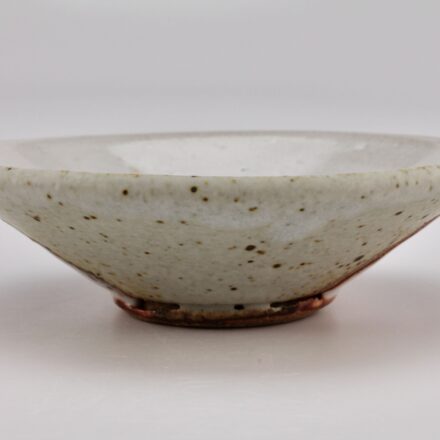 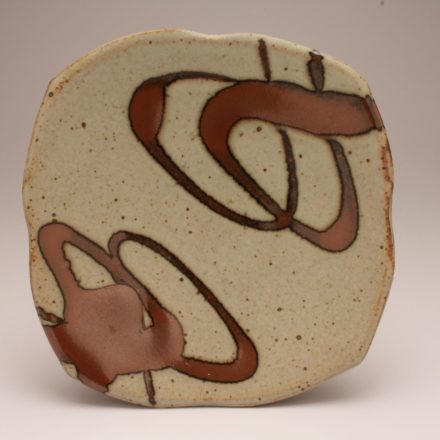