In 1991, Eve Behar took her first ceramics class in the Upper East Side of Manhattan. She continued to take classes through college and after at the many studios around the city while also being a grunt working in television production. In 1995 she went to Florence for a year to study ceramics, painting, and art history at the Studio Art Center International for which she received a Post Baccalaureate Diploma. Upon returning from Italy, Eve worked as an assistant making slip cast production work while pursuing her own clay career. In 2001, Eve once again went back to full time international study at Sheridan College in Oakville, Canada. There she spent three intensive years refining her skills and techniques and developing a body of work. Eve was very happy to accept the highest award of Best in Show at the Graduate Show of 2004. Since 2004 and returning to New York, Eve has been in various wholesale and retail shows, gallery exhibitions and featured on the Ceramics Monthly website and the cover of The Potters Council 2015 Calendar. She also is a past president of The Clay Art Guild of the Hamptons and former director of Celadon Clay Art Gallery and Shop. Eve maintains her studio practice at home in Sag Harbor, New York where she is happily potting near the beach surrounded by nature with visits from the local squirrels, chipmunks, birds and occasional deer. 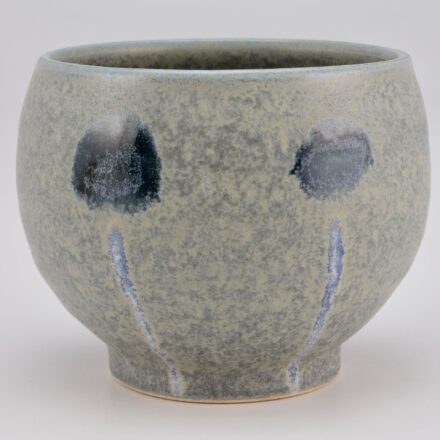