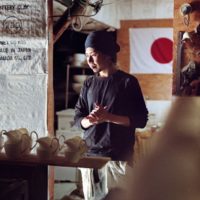 Known mostly for producing exquisite white ceramic ware, Ryota Aoki has about-turned for his current exhibition at Tomio Koyama Gallery, Kyoto. The overwhelming shift is to black wares: think practical, utilitarian tableware such as plates, cups, pitchers and vases. Inundated with orders, particularly from the United States and Canada, international demand for his work now outstrips the domestic, so the ceramicist has expanded his workshop staff to fill orders. Aoki has become one of the leaders of a new generation of ceramicists, having helped establish Ikeyan, a group of young Japanese potters that he now oversees. More recently, he has expanded his cultural reach to the international community. Recruiting, via Facebook, interns to work in his studio, he has taken to furnishing a handful of young Italians and Indonesians with the skills he taught himself. At the end of their tenure, they will return to their own countries, produce their own new works and pass on their recently acquired knowledge and techniques. 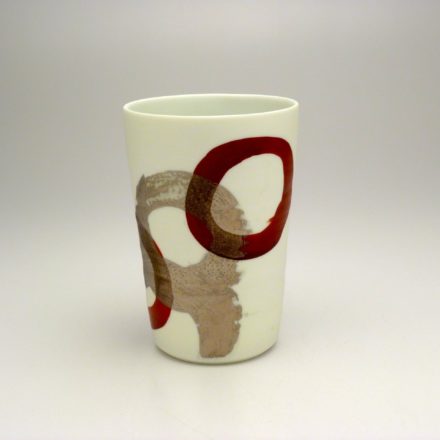 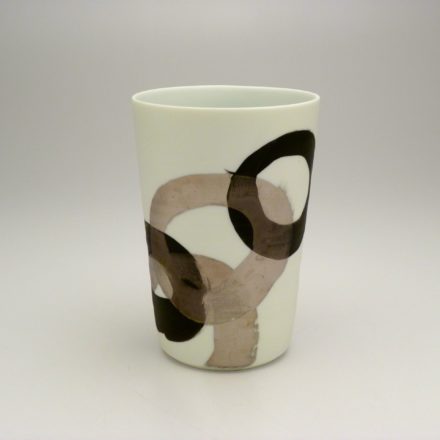