Kasten began her career in ceramics in 2000, apprenticing with British ceramist Rupert Spira. After a year in England gaining a foundation in functional studio pottery, Kasten traveled to Kathmandu, Nepal, where she spent four years as head of a project for developing a stoneware ceramic facility for artisan potters in the village of Thimi, Nepal. Her training in England and her experiences in Nepal were a formative influence on Kasten’s ceramic sculpture and vessels, which draw on minimalist British studio ceramics, as well as hand-made antiquities created by indigenous peoples throughout Asia. Kasten greatly benefitted from sharing techniques and materials with artisans from far-flung cultures, and this has given rise to a unique artistic vocabulary that informs her own ceramic work. In 2005, Kasten established her studio in Oakland, California, where she shifted from making functional studio ceramics to also creating sculptural ceramics. In 2007 Kasten became an Artist in Residence at Red Dirt Studio in Mt. Rainier, MD, where she worked closely with artist Margaret Boozer. Here, she further developed her distinct combination of sculpture and vessel work, showing her ceramics nationally at galleries and fine craft shows. In 2012, she purchased an old shoe repair shop to house her studio as well as workspace for other artists. Kasten’s storefront studio and gallery, Artbar, was a draw for visitors and collectors, and became one of the neighborhood creative hotspots. In 2016, Kasten moved to the St. Croix River Valley, northeast of Minneapolis, Minnesota, where she is currently a host potter for the historic St. Croix Valley Pottery Tour. Kasten lives in Shafer, Minnesota, on a small farm with a house and barn where her studio and showroom are located. She continues to exhibit her work nationally and internationally in galleries and fine craft exhibitions. 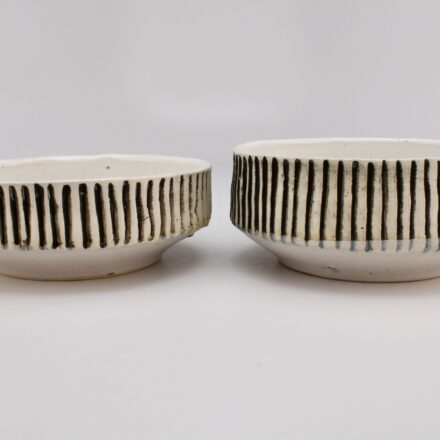